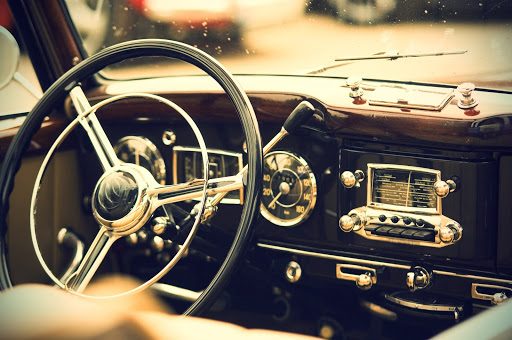 A Brief History of The Car Radio

The car radio has been around for almost 100 years. Just like the tunes that people listen to keep changing, so has the means to listen to them. The music, podcasts, and radio show you listen to have become an essential part of your daily commute. You probably can’t imagine a time where there were no audio options for you to listen to in your car. But not that long ago cars did not even have Bluetooth head units.

You won’t believe how much the industry of the car audio and stereo has changed throughout the decades and with it the ever-evolving music industry.

The radio technology was developed by Guglielmo Marconi an Italian inventor in 1895. However this technology was not implemented in vehicles until the 1930’s with the Motorola, this became the first ever car radio.

The early car radios used the AM frequency, allowing drivers to listen to classics like Louis Armstrong’s Jazz or the popular “Crooners” everywhere they went. The fizzy AM radio stayed the standard place to access all the stations until the 1950’s.

Listening to music while operating a vehicle was a very new thing at the time, a lot of people were concerned that this was a distraction, similar to how nowadays we are concerned with texting while driving. 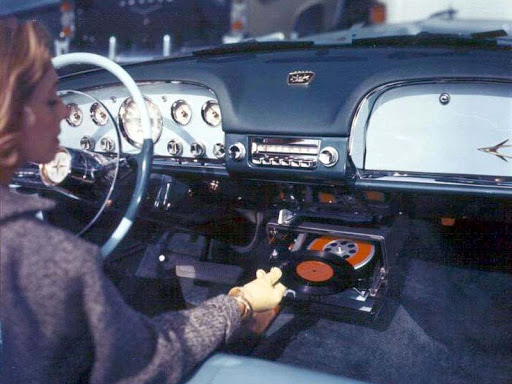 A German company in 1952 created the FM car radio technology by tweaking the amplitude of air waves. However it was Becker Mexico who incorporated the FM and AM radios into one in-car device in 1953. This greatly increased the versatility and the stations one could choose from.

Even though there were attempts to revolutionize the way people listened to music in the 1950’s the music and audio shows you could listen were still dependent on what was playing on a given station. Chrysler tried to fix this problem and allow the driver to choose their own music by introducing the Highway Hi-Fi. This was the first and last in-car phonograph. This new system failed due to the fact that the records would skip when hitting a slight bump.

The AM/FM radio remained the main choice for car manufacturers to include in their cars so that drivers could listen to music while driving. 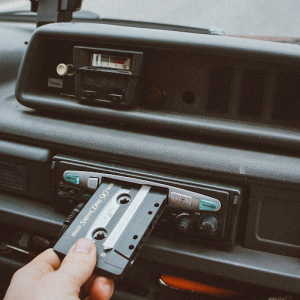 Finally people were able to choose their own music, and unlike Chrisler’s Hi-fi they could listen to an entire album while driving without it skipping. This was all thanks to the invention of the cartridge technology, invented by Earl Muntz, which would hold a 4-track tape that you would insert on the newly developed Autostereo system of the cars. Bill Lear a Motorola ex-employee added to this new technology by introducing the 8-track cartridge system, this one exploded in popularity because of how affordable it was.

At the same time in 1964 Phillips released the compact cassette. Philips kept improving the casette’s sound quality and made it easier for customers to customize the format of the tape. Now drivers didn’t have to rely on the radio stations for their audio experience. Mixtaping finally became a thing and people were able to really customize and create their own personalized playlist for themselves, or for a loved one. At the time this mixtapes probably included classics like the Beatles, Rolling Stones, Bob Dylan, Led Zeppelin, Pink Floyed, The Beach Boys and more. This is something that still remains as a cliche part of our society today.

As everyone was still using the cassette and the CD was still a very new technology, Pioneer developed the CDX-1 in 1984. The CDX-1 was the first car CD player ever created. It was an instant success because of its amazing and clear sound quality. It also had the capability to skip tracks unlike the cassette. 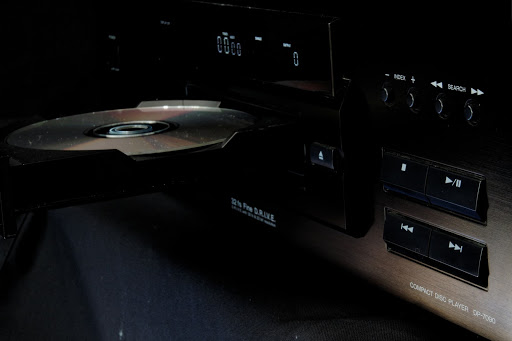 The CD was a crazy technology were the data was burned into the CD itself (optical disk). Thin, durable and easily stored in a case, you could have hundreds of discs in your car; with many different albums, artists and genres, such as pop, rock/alternative, punk and the increasingly popular hip hop and R&B.

The CD became more and more popular in the 90s, especially because the sound quality didn’t wear out over time like with cassettes or tapes. Eventually the CD completely replaced the tapes and it is still being used today, although less and less. 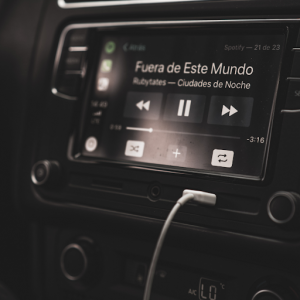 With the release of the MP3 players around the year 2000 the ability to carry thousands of songs in your pocket became a reality. This small handheld device revolutionized the music industry and the car manufacturers took notice. Cars began to include USB, Aux Cord ports, and the wireless technology we all know as Bluetooth on their head units.

To this add Satellite radio and the very new music streaming services such as Pandora, Spotify and SoundCloud. Nowadays all these services can be accessed on your phone, and these services are not limited to just music streaming. Connecting your phone to your car gives you have access to endless choices from podcasts, audio books, learning courses and more, it is not just limited to music anymore.

With so many ways to enjoy audio on your car commute or road trip, now you can really listen to anything you want to, anything!

Do You Need To Replace Your Infotainment System?

If your current head unit is not working anymore and you need a replacement; you have several options. You could install an aftermarket unit. However if you do this by yourself it will take hours, due to the fact that most aftermarket infotainment systems are built to fit more than one model or make and these tend to leave small openings in the dashboard; openings and cracks which don’t look so well. Furthermore you most likely will have to make some modifications to your dashboard and interior parts to install it. If you decide to have it done by a professional, you could be looking at a couple hundred dollars extra just in labor.

You can save yourself time and money by buying a used head unit of the same make, model and year as your cars. You could even upgrade to the high end infotainment systems for more expensive package options of the same car model. Since all the connections are the same, it’s as easy as taking the old broken one out and replacing it with the new one. With no gaps or extra labor you can have your car looking and sounding just as how you bought it.

Now you might be asking, “where can I find an original OEM head unit or used car radio for sale?” Well before My Auto Store you would have to go to the junkyard, get muddy and pull it yourself. Or trust a sketchy listing from Craigslist and go meet the stranger for the transaction.

Why would you go through all of that when you have the largest inventory of used auto parts in the east coast at My Auto Store? We have transmissions and engines for sale online! Also, if you need that used car radio, their friendly parts experts are happy to help you, contact them today!

Save the hustle and order a part from My Auto Store. Get it delivered straight to your door for free! And unlike the aftermarket or junkyard options, you get a 6 Month Warranty on all their products. Don’t wait any longer to listen to your jams, audio books, or podcasts on your daily commute. Go get your head unit replacement now! 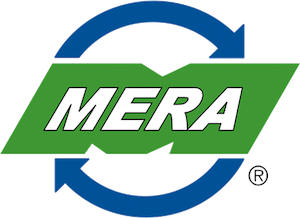